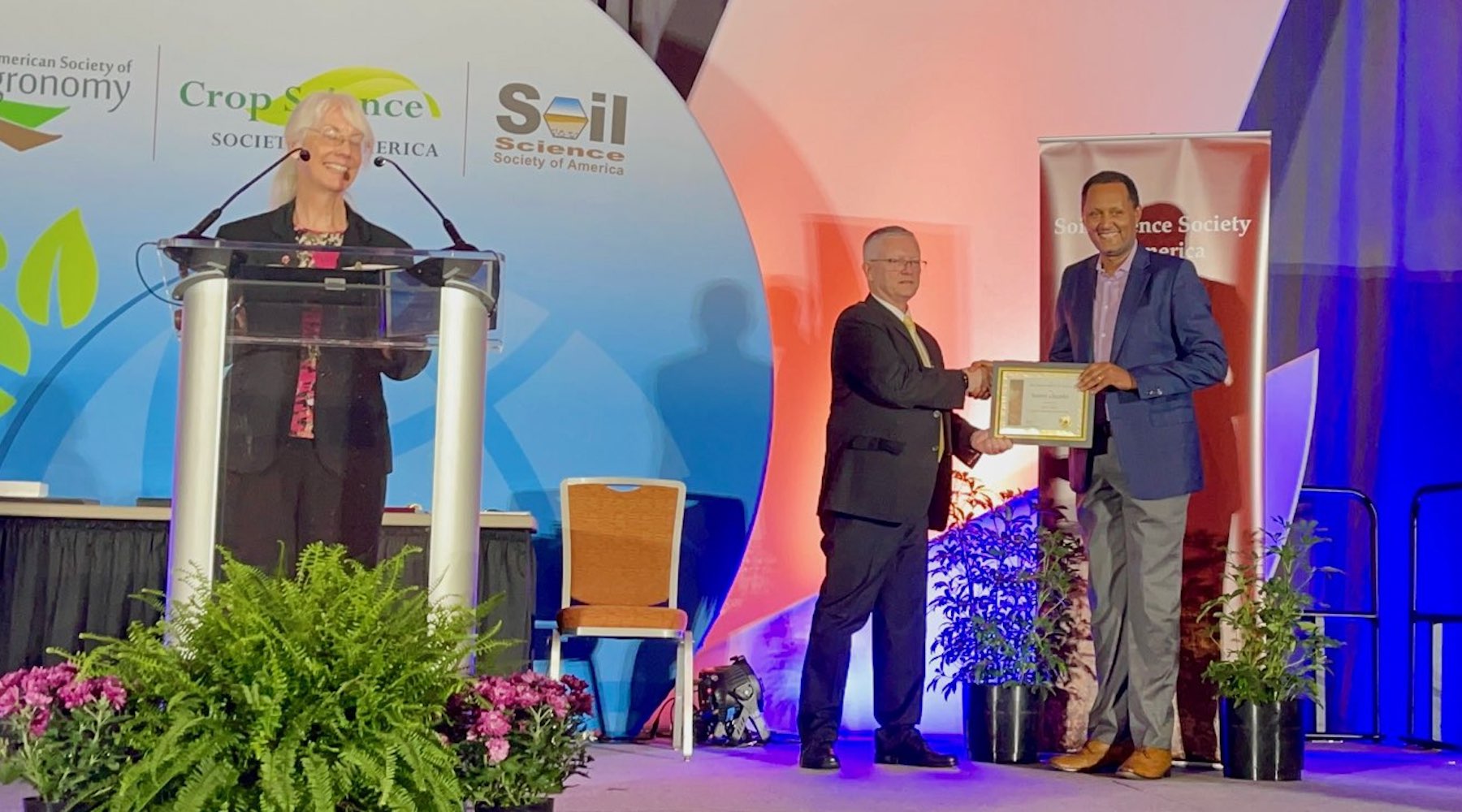 Teamrat selected to be SSSA Fellow

Teamrat A. Ghezzehei was selected to join the 2022 class of Soil Science Society of America (SSSA) Fellows. Fellow is the highest recognition bestowed by the SSSA. Members of the Society nominate worthy colleagues based on their professional achievements and meritorious service. Up to 0.3 percent of the Society’s active and emeritus members may be elected Fellow.

Citation that appeared on the award announcement:

Teamrat A Ghezzehei, University of California-Merced, Merced, CA – SSSA Fellow: Teamrat A Ghezzehei is a Professor of Soil Physics at the Life and Environmental Sciences Department, University of California, Merced. Dr. Ghezzehei received a B.Sc. in Soil and Water Conservation from the University of Asmara, Eritrea, and a Ph.D. in Soil Physics from Utah State University. He is known for his research linking rheology and micromechanics of soil aggregation and the dynamics and role of soil structure on the biological functions of soils. He has authored more than 90 peer-reviewed publications. He has served the soil science community at the national and international level in several roles, including as chair of the Soil Science Society of America’s Division of Soil Physics and Hydrology, co-chair of the International Soil Modeling Consortium, and chair of the AGU’s Unsaturated Zone Technical Committee. Dr. Ghezzehei has been invited to present his research at numerous conferences and institutions.